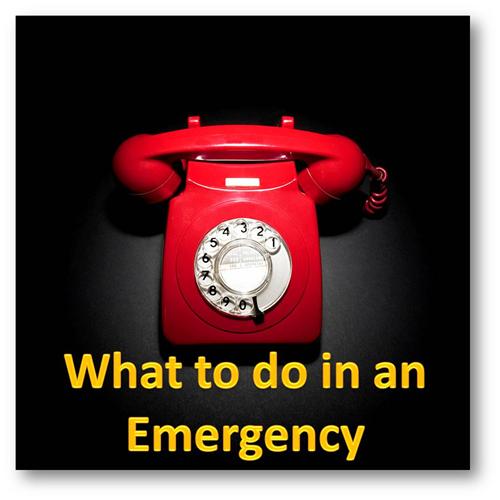 Emergency situations are those which pose or may pose danger to one’s life, health and property.  Often the environment we live in also falls under its ambit. In all cases, it requires immediate intervention and that is why it is important to have contact details of some of the emergency service providers such as the police, fire brigade, blood banks, ambulance etc at hand. We will however, start with the emergency number provided by the Barnala Police because in any contingency, they are the ones who come forward with the first help.

The Police Force at Barnala

Here is the list of Police Stations in Barnala City:

Fire Department is another important emergency service provider in Barnala. The Fire Station is located on the Rambagh Road near the Chintu Park. Since no telephone number has been provided by the authority, one can contact police help lines at 01679-230-100 or 01679-230-683 in case of emergency.

The third most import emergency service providers are the blood banks. Indeed, in many cases, timely infusion of blood can make a difference between life and death. Fortunately, the Civil Hospital, located on the Kacha Collage Road ( K C Road) in a Barnala has a modern blood bank and hence those who are in need of blood must contact it at the following number:

Another life saving service in any city is its ambulance service. Not being able to reach health care centers in time may become fatal in many cases. Following is the contact details of one such service provider in Barnala:

Apart from that, most hospitals in Barnala provide such services. Such as:

Moreover, in case, the patient needs to be transferred out of Barnala, a number of companies plying air ambulance service also cover this city.

Getting medicines on time is also crucial to the wellbeing of a patient. Since Barnala is a prosperous district town there is no dearth of reputable chemists in Barnala. Every corner of the city has couple of them.

By law of the land, it is the duty of the Deputy Commissioner to take the first step in case any natural or man-made calamity takes place in the district. Although each state government has their own Disaster Management Bureau, the DC has to take the first step and work in tandem with other district officials.

There is also a Flood Control Bureau in each district of the state. In case of any emergency, one can contact the Flood Control Room at Barnala at 01679- 2229125

People of Barnala are as sensitive to the needs of the animals as they are to the needs of human. There are number of cow care centers or gau-shalas in Barnala. All these centers are regulated by Pumjab Gaushala Mahasangh, a registered unit that provide shelter to the cows. Following are the contact details of some of the Gaushala in Barnala: