Definitely some factors affect the choice of destinations for a traveler and it is especially true while roaming in a culturally vivacious country like India. Easily accessible and known for the warmth of its people, Barnala is the headquarters of the district in Punjab. The central position of the city makes it one of the most visited urban settlements in the state. While some may attribute Barnala only as the textile haven in Punjab, here are some more reasons to visit the city for a simple experience of a piece of India.

The Textile Market of Barnala 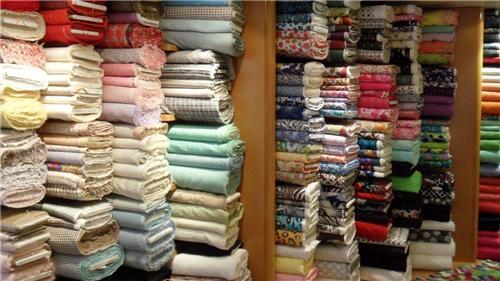 The textile Market of Baranala is famous and well known all around the State. There are a number of small shops spread over the city and is definitely another famed feature of this town. The handlooms and handicrafts are unique and have a distinct taste of Punjab. The city is famous for polished woodwork jewelry and traditional jewelry. Also famous are the Phulkari suits and dupattas which are widely exported from this region. The fabrics for quilts and blankets made here are one of the softest and are sought for by tourists. The major attraction rather than the big markets here are the old city bazaars. It is in these bazaars that people can find the authentic Punjabi wear and famous textiles at extremely discounted prices.

Though some places attract tourists to the exquisite architectural or historical relevance, yet some other places evoke the desire to be explored only for the feel of the vicinity. 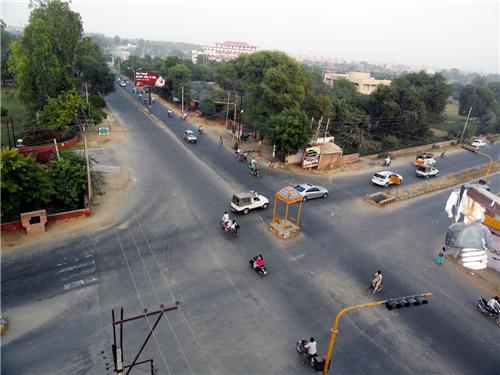 Barnala has the unique Pharwari and Handiaya Bazaar which are the two main bazaars here. The streets in these bazaars are parallel to each other and have other streets cutting them at 90 degree angles. These perpendicular streets are a separate set of parallel streets. Overall the construction is like the streets and Avenues of New York. This is the only city in Punjab that can boast of such a construction. There are also College Road, Purana Bazar, Sekha Road, and Katcha College Road where one can shop. These bazaars are famous for footwear and furniture. They have a number of shops that are lined with very competitive rates.

India as a whole fascinates its tourists by being proud owners of various forts across the country. Barnala also has an old and renowned area called Barnala Quilla (Fort). The fort as such has been brought down by the authorities citing reason for the structure getting too old and would be a safety hazard. Nevertheless the portions of Gurudwara Saheb and Durga Mandir which are alongside the Baba Alla Singh Ji sacred "CHULLAS" have been renewed. The place makes for a must visit to relate to the history of Barnala. 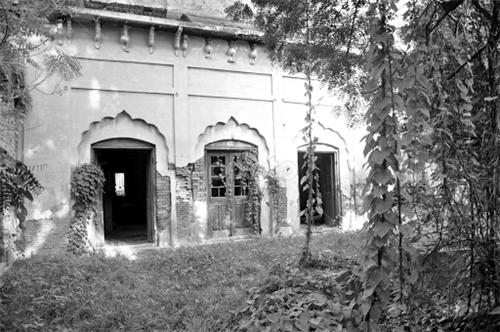 The Food of Barnala

No special trip can be complete without the taste of food prepared with variety of spices in Punjab. The love of food can actually entice small kids to grown-ups with the same vivacity. Barnala is no exception; the food here is mainly prepared in pure Ghee (Desi Ghee) with a variety of flavours and distinct spices being used.

Unusual yet usual, like any other city of Punjab every eating place here serves the Lassi and is part of any meal of the day. As a tourist there are a number of places to eat and enjoy in the city. The Chawla dhaba is famous and it has two branches in the city. Barnala club and KhanaKhazana restaurant also serve excellent Punjabi food.

An overwhelming endeavour to take a trip of Barnala cannot be bereft of the Gurdwaras that irresistibly describe the mystical India from one point of view. Therefore, the devotional edifice of the Sikhs has been included in this list. The story behind their establishments is not to be missed.

The Gurudwara is located on the Mana Barnala road near the Dhaula village. The Gurudwara is around 14 km from the city of Barnala. It is a Gurudwara made by white stone and has the story of Guru TeghBahaurJi’s Horse connected to it. It is said that Guruji’s horse had stopped here and did not move because he could smell tobacco, which was grown here. It is after this incident that the Gurudwara was named Arisar Sahib. The Gurudwara also provides six rooms for accommodation.

Nanaksar Bahadur Gurudwara is very celebrated and the huge Gurudwara stands on an area of 11 acres of land in the Barnala Tehsil. The Gurudwara is about 25 km from Barnala main city but is a must visit. The Gurudwara is almost five decades old and like all religious establishments has a very interesting history.

The Sangat of the village had invited Sant Baba Ishar Singh Jee to visit and start construction for a Gurdwara here. The Gurudwara was however seen through by Sant Baba Gurdev Singh Jee. Katha & Kirtan was commenced at the Gurudwara in 1964 while it was still a temporary construction. The new building was complted in the year 1990.

The Gurudwara is a very calm and soothing place to visit and the people here celebrate Masand, final day of the lunar calendar, monthly at about 10 am. After the complete ceremonies Amrit is accepted every month as part of the rituals.

This Gurudwara is at a short distance from the Bhatinda Sangrur toll road. It is southwest, 6 km of Barnala city. Guru Teg Bahadur Ji had rested here under a tree next to the pond.

The story has a twist to add to the attraction of the place. An old lady had offered the Guru Fresh milk which is called Kacha milk (not boiled). The Guruji accepted the milk and after that the gurdwara was named Kacha Sahib. The Gurudwara has a grand entrance and looks like a fortress.

The distance of this Gurudwara is 24 km from Barnala City. Shri Guru TeghBahadurJi stayed in Dhilwan for a long time and helped the people in many ways. He had a number of wells dug to solve the problem of water. He distributed cows to ensure all houses have milk. He preached to people from far away who came to see him. It is said anyone who visits the Gurudwara with a true heart is sure to have his wish fulfilled.
Sekha

Though Gurdwaras mainly consist of the list of traveller’s check out in Punjab, Barnala offers a little more. On the Bhatinda Patiala railway line and to due east of Barnala is Sekha village. This noticeable village in Punjab is about 8 km from Barnala. The village is extremely famous for the Sekha festival which is held at the harvest time.

Reasonably important and emotionally satisfying visit will be complete when one can experience the exotic Punjab festival. The fun and frolic of the Punjabi culture is at full display during this time and thus are a must visit by any tourist.

While in Barnala, the traveller must have an experience of the initiatives taken by the sports authorities to promote various kinds of sports in India. Interestingly, Baranala also supports the development of cricket within its youngsters. The Baba Kala Mehar Stadium prominently provides training for cricket along with other kinds of sports. So if you are interested in watching the young ones practice or hone their skills for sports, visit to this stadium is a must. The stadium and surrounding however experience heavy fog during the winters and operate only in late mornings and afternoons during this time.


Explore more about Tourism in Barnala