* In case of any delay in receiving the OTP, you may verify it later. Please proceed without verification.

Your mobile number is not registered with us. Please register your mobile no. 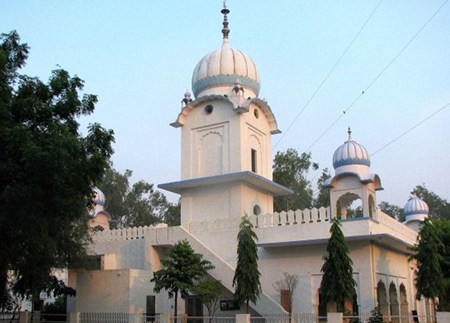 Barnala is inhabited almost by all major religious groups in India. While the majority of the population follow Sikhism; Hindus, Muslims as well as Christians also make a sizable part of the inhabitants.  That is why we find temples, mosques and churches located in close vicinity of gurudwaras. Indeed, the town, in spite of its small size, has a number of religious places. Let us look into them one by one.

While discussing tourism in Barnala, we have already talked about the Dera Baba Gandha Singh on Bajakhana Road. It was established by Pandit Nika Singh during the days of Maharaja Ala Singh.  Other than that, we also find the following Sikh religious places located in different corners of the city:


Some other Gurudwaras in Barnala are:

It is important to note that some of these places of worship are categorized as Dera while others are included under Gurudwaras.  It must be understood that deras are something like a camp or settlement of holy men, which over the years became a place of worship. However, Gurudwaras, which means Gateway to Guru, is established as place of worship. A gurudwara houses a Darbar Sahib where Guru Granth Sahib is placed and a Langur, where food is available free of charge to the needy as well as to the devotees. Besides, gurudwaras may contain a library, class room and a nursery. A flagpole carrying the Nishan Sahib can always be seen on the top of the gurudwaras.

There are quite a few historically important gurudwaras located outside the town, but within the Barnala District. Visitors to Barnala should make time to visit those gurudwaras also. To a sensitive soul, they are not just places of worship; these edifices are actually intertwined with the history of Barnala Sikhism. Following are some such gurudwaras:


Some other Gurudwaras in Barnala District are as follows:

Hindu Temples and other Religious Spots in Barnala

Among the Hindu religious places in Barnala, the Geeta Bhawan is most popular. This is a Radha Krishna Temple run by Om Sat Santan Geeta Bhawan Trust. Besides, there is also a temple dedicated to Lord Shiva near the railway station. Mata Rani Mandir on Jandhawala Road and Radha Swami Satsang on Raikot Road are two important places of religious interest in Barnala.

The Juma Masjid is located in the Purana Bazar area of Barnala. The town also has a church located near the Air Force Station. Thus we see that there are places of worship for all religions in Barnala.

Explore more about Tourism in Barnala