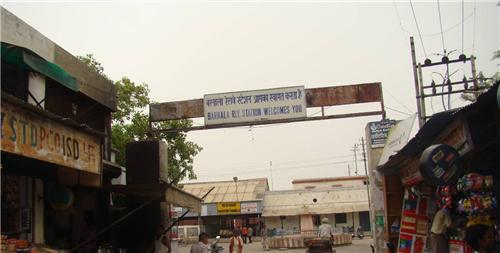 Before we start our discussion on the transport system in Barnala, it is important to note that the city does not have any airport; anyone interested in air transport must either travel to Amritsar or to Bathinda. While Amritsar is located at a distance of 66.22 Km from the city the distance between Barnala and Bathinda is 76.9 Km. Consequently, the residents at large have to depend upon road and rail transport to keep in touch with other parts of India.

The railway station in Barnala is located in the heart of the city a little away from Sadar Bazaar.  A major disadvantage of such a location is that the railway tracks leading to the station divides the city into two parts and often makes travelling from one section of the town to another rather difficult. However, this is compensated by the fact that the station is easily accessible from most part of the city and hence its location is quite convenient for most commuters. The station building is more than 100 years old and so in a way it falls under the heritage category.

For information one can call at the following numbers:
Office Telephone No: 01679-230-020
Train Inquiry: 131 and 139 - both these are three digit numbers. However, the later can also be availed from mobile phones.

Road Transport to and from Barnala

Barnala is also well connected to rest of India through a network of roads. Regular bus services run between Barnala and Chandigarh, the capital city of Punjab.  Different categories of buses with wide range of fare structure run between these two cities. One can choose from Non AC Volvo buses, AC Volvo buses, Sleeper buses as well as other categories of luxury buses. The minimum fare is Rs 214.

Other than Chandigarh, Barnala is connected to other parts of the sate by regular bus services. Most such buses are run by Punjab State Transport. There are also quite a number of private players running regular buses to and from Barnala. Ludhiana, Patiala, Bathinda, Amritsar etc are some of the important destination cities from this town.

Moreover, the town is also connected to other parts of the country by a network of road transport systems. For instance, Punjab State Transport runs a regular bus service between Ludhiana and Barnala; the minimum cost per ticket is Rs. 136.  Anyone wishing to travel to New Delhi by road may catch buses from here. The same is applicable to other cities as well. Road Transport in Barnala